To be a feminist is to be a human being who supports feminism which is the belief that men and women should have equal rights and opportunities. In The Scarlet Letter by Nathaniel Hawthorne certain aspects lead readers to believe that the romance novel supports the beliefs of feminism. Although these aspects are shown, the overall novel is not written as a pro-feminist story. Based on evidence in the text, the novel is not pro-feminist, however Hester serves as an early advocate for women’s rights in her actions and strength.

In order to be considered a feminist or just someone who supports feminism, it’s important to believe that women deserve the same respect and the same opportunities as men. The Scarlet Letter is based in Boston in a Puritan society full of strict rules and unforgiving people. Towards the middle of the novel the narrator starts to describe how Hester has changed since she was punished for committing adultery. The narrator says, “She who has once been a woman, and ceased to be so, might at any moment become a woman again, if there were only the magic touch to effect the transformation” (Hawthorne 92). This language suggests to the readers that in order for Hester to become a woman once again she needs to be touched by the ‘magic touch’ also known as being touched by a man. The narrator says that Hester has ‘ceased’ to be a woman since she has not experienced love with a man in a long period of time. These words are enraging to a woman who reads them because they are technically saying that in order for a woman to be a woman and to be happy she needs a man in her life. Although the tone of the book goes against the perception of Hester as an early feminist, the narrator is on Hester’s side and throughout the novel there are specific moments where Hester’s actions related to feminism shine through the anti-feminist voice of the book.

Though The Scarlet Letter is based in a Puritan society where the women are described as manly and chubby, the author is able to make Hester look beautiful and strong willed through the narrator’s voice which is where we see the role of feminism in Hester come out. When Hester is being brought out onto the scaffolding by a guard the narrator explains, “Stretching forth the official staff in his left hand, he laid his right upon the shoulder of a young woman, whom he thus drew forward, until, on the threshold of the prison-door, she repelled him, by an action marked with natural dignity and force of character, and stepped into the open air as if by her own free will” (Hawthorne 31). Hester shows her qualities of strength and independence in this language in the way she ‘repells’ the guard who was holding her arm leading her outside. She does not want to be led out by the guard, but instead she wants to walk out by herself with her head held high. These actions show Hester being an advocate for women’s rights by being independent and strong without a man by her side.

Although most of the book is written more towards an anti-feminist view based on the society and time period, Hester is still able to act like an advocate for women with her strength and attitude. She is alone without a man, yet she is fine on her own. This shows how women don’t need a man in order to experience love and happiness in their life. Like Elizabeth Stanton said, “The best protection any woman can have is courage,” and Hester has this protection as her courage is shown and admired throughout the novel. 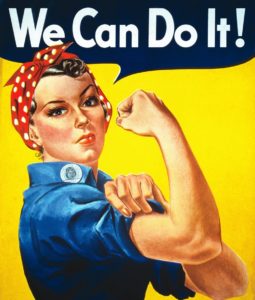 This entry was posted in Uncategorized. Bookmark the permalink.

54 Responses to The Anti-Feminist Novel