The main goal of the US History Comic Life project was to allow the students to express their understanding of the relationship between the Wampanoag people and the Puritan settlers from the first contact through the devastating impacts of King Philip’s War. The class used a variety of techniques to achieve their goal and produced some rather impressive results, which can be read below. These techniques included hand-drawn art work using the drawing tools in Notability, adding comic book filters to images from the internet and taking and importing screenshots of other media types such as YouTube movie clips.

Our next major project for the term will be the creation of a narrated Imovie highlighting important sites on Boston’s Freedom Trail. The four sections of Constitutional Foundations will be taking a train down to Boston on October 24th to see first hand where the Revolutionary War began. 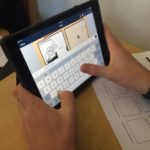 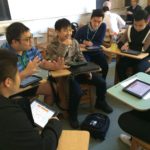