Mr. Middleton’s Humanities History classes recently went on a virtual field trip to the Parthenon in Athens, Greece. Using the school’s set of Google Cardboard VR headsets and the students’ smartphones we used a selection of apps to visit the Parthenon site as well as the Acropolis Museum and its frieze galleries.

A few shots of the tour (and tour guide!) in action can be seen below: 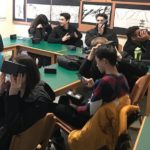 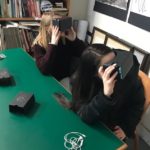