Grade 7 English students have been studying a student version of The Odyssey, and their final project was to choose a story from the book and then film themselves acting out the story.

The first step in creating their re-telling of the classic tales was to storyboard their ideas into a workable series of scenes. To create these we used Storyboard That, an excellent online tool with lots of characters, designs and text options. The finished storyboards are embedded below:

The students then setup and filmed all of their scenes in front of neon green paper, which could then be replaced by any image in iMovie later on. Here are a few pictures of the students filming their scenes: 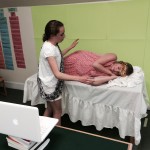 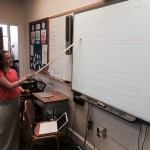 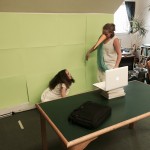 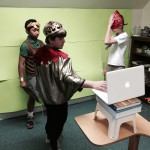 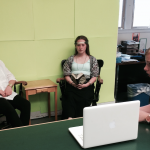 The final step was to select the background images they wanted to use for each scene, import these into iMovie and combine them with the clips they had already recorded. They also needed to add titles and credits. The completed movies are embedded below: