In keeping with the fairy tale theme, each student researched and reported on a French castle of their choosing; they also wrote original fairy tales incorporating an extensive list of “fairy tale vocabulary.

The chef d’œuvre of this thematic unit was a group production of stop-action animation films of Le Petit Chaperon Rouge (les garçons) and Cendrillon (les filles). The students worked together to produce vivid back drops, charming figures whose “motion” was “stopped” and all participated in narrating these stories.

The finished products are delightful! 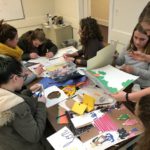 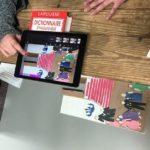