An album review by Drew Larsen ’21

Before submerging oneself fully into the mysterious rambunctious rhythm and rhymes for which Tyler the Creator is infamous throughout the rap game, the listener must expect the unexpected in the new wave of aromatic 80’s hip hop reminiscent of Tyler the Creator. As we’ve seen in the past, Tyler can switch flow and rhythms throughout his music on a dime, giving each song its own unique style and message. As a artist this gives him a competitive curve over others; it’s as if each song is a new story. His versatile style is responsible for many trends throughout hip hop today. Recently Tyler has switched album tones; he went from a more bombastic rapping style with high tempo bars and erie lows which paired perfectly for a lively song to a chiller rhythm that appears to be more heartfelt. It’s almost is if Tyler’s music is a figurative way to chronicle the chapters of Tyler’s life as listeners progress through the albums. Each a new age is ushered in with mixed emotions the artist is experiencing. Albums put out are a reflection of his moods and the life he is living now, currently giving his music more of a pop/ rage factor.

With the not so distant release of Tyler’s last album, Flower Boy, we saw the artist mature more and more with every track. Such maturity and inner struggles within the album are perhaps due to the age of the artist, not to mention the struggles that one would face at anytime in life. Within Flower Boy we see his most constant stylistic record he has produced yet, later going on to become a critically acclaimed album. We also see possibly the greatest moment in his discography: Flower Boy constantly appeased fans with its variety of features and the fusion between each tracks. Many other uplifting factors in Flower Boy include its soul aspect and its beautiful effortless fusion with Tyler’s infamous lyrical rhythm. When all of these aspects came together, a beautiful album was born. Flower Boy served as a precursor to the completely different Igor, Tyler the Creator’s most recent album hitting streaming services everywhere on May 17, 2019.

Igor sees our hip hop anti- hero going forth with a new narrative and influence. We see the album Igor within a more exposed tone. On the record Tyler appears to come out of his shell more, in turn creating a new persona where Tyler uses the album as a vessel to rely many messages of heartbreak. Within Igor we see a transition into a more singing and spritely melody coupled with a dark underlying tone and platform in which Tyler uses to convey his messages. On Igor most fans wanted an original Tyler the Creator hip hop tribute, which we’ve seen Tyler stray away from steadily over time. This shift in tone we consistently see is what continues to keep his music fresh ad complex, not to mention features like Playboi Carti to add a uplifting note to the record. Igor often displays lighter instrumentals compared more to r&b and soul music. We also see reminiscent instrumentals from older time periods such as the 60’s and 70’s through the album and specifically on tracks like “A Boy is a Gun” and “I Don’t Love you Anymore.” Its rhythm and melodic change ups like this that add another layer of complexity to Tyler’s most recent album. As a whole Igor feels incomplete, as if it’s missing a conclusion to the madness within. We see many songs on the album that are rage- worthy but the throwback notes that we saw on Flower Boy have ceased to exist, leaving the record feeling a little dull/ incomplete. As the music community eagerly await a follow up album, Tyler the Creator’s tones and beats will continue to resonate through the community.

Over the short three weeks between Thanksgiving and Christmas Break, AP Literature students have selected a book of their choosing to which, with a few other classmates, they have discussed the book as they would within a normal class.

Avery Jurek, Jake Bieler, and I, Dylan Richmond, chose All The Pretty Horses by Cormac McCarthy. Having already read The Road by McCarthy, I was interested to see 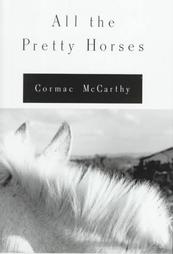 whether the author’s writing style would change or keep the same dark, uninterested tone. So, some may either be happy or disappointed to know that McCarthy does not throw a curveball.

The story begins in San Angelo, Texas, with young John Grady Cole in a bit of a situation when his parents divorce. His mother decides to sell the ranch, and John figures that running off to Mexico with his friend, Rawlins, is a better life than not living on the ranch.

The two journey through western Mexico on horseback seeking paradise in a desert. Along the way they meet a peculiar young lad, Blevins, who has also run-off. Blevin’s stories often do not line up; moreover, he also happens to have in his possession a beautiful horse to which the two recognize to only cause trouble in Mexico. Nevertheless, together they continue to travel south until, as predicted, Blevin’s horse is taken in a rainstorm. Eventually they find the horse and, although John and Rawlins decide against stealing back the horse, Blevins was not going to give up that horse. In the ensuing chaos that commenced upon the horse stealing, the three become split into their original groups.

John and Rawlins continue their journey until the paradise they had been seeking unfolds before their eyes. They find work on a enormous ranch in the area gathering and training wild horses. While there, John finds love with his boss’ daughter, Alejandra, and, despite being told from her relatives to back off from a girl of her status, intends to marry her. Once the father is revealed to the truth and Mexicans from the north declare that three americans stole their horse, John and Rawlins are jailed. There they find Blevins, already there for some time. After discussion with the authorities, they find their situation is helpless in the corrupt system without money. They are transported farther north where Blevins is executed and they to a penitentiary.

John and Rawlins quickly realize that fighting is the only way of life when incarcerated and are subject to such abuse every day. Eventually, they become targeted and both are nearly killed by knife attacks. Luckily they survive, but John was forced to kill the attacker in defense. An experience that troubles him for the rest of the story. After some time in a dark room being treated for his wounds, John and Rawlins are released. The reason being that Alejandra’s aunt paid for their release on the condition that John and Alejandra are forbidden to see each other.

John and Rawlins split ways, Rawlins to Texas and John to see about Alejandra and the horses. He meets with Alejandra for a day but their love is cut short when she decides that they should abide by the rules. He then treks home and along the way steals back the horses while taking his old captor hostage. Eventually, John releases the hostage and travels along the border to find the original owner of Blevin’s horse. A few men lay claims to the horse and after a heated dispute the judge rules in the favor of John for the custody of the horse. John then makes his way home to where he returns Rawlins’ horse and then bids his farewell as he takes off once again into the wild.

The story often describes with deep thought and immense details the night sky of the wild and it should also be noted that the Americans are on their horses the entire time. It is a story of danger, love, wildness, horses, and the dying breed of the cowboy.